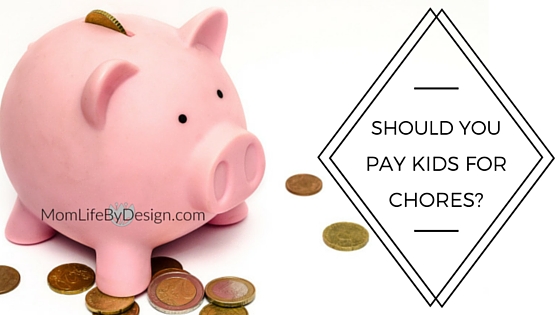 Raising kids to become functioning members of society (that live in their own house one day :)) is a job we take very seriously. For obvious reasons.

One of the areas we want our kiddos to grow in knowledge and understanding is in the area of finances. We want them to understand that things cost money (to both buy and replace, so we need to take care of what we have), that money is earned, and how to budget and spend wisely. We also want to instill in them a deep understanding of wants versus needs, and how to navigate through those often difficult choices of prioritizing.

This seems pretty heavy for the younger years, for sure. While we may start early on learning these things, we don’t expect complete understanding or perfection. We’ve found that life is often a great teacher with natural consequences, and allowing our kids to have real experiences with money while they are young and under our care is super valuable.

As we discussed this when our kids were little, we struggled through answering the question, “Should kids get paid to do chores?” Here are some of our thoughts behind our decision, and what we ultimately chose to do.

At initial consideration, paying our kids for chores sounded like a great model for teaching our kids real life lessons and financial responsibility. It was something we had seen modeled by many parents before us, and we respected that. So, we decided to dig in a little deeper.

Paying for chores simulates the real world model of money received for hard work done at a job. When you don’t work, you don’t get paid. It provides a very motivating incentive for kids to get the chores done quickly and well and rewards them for a job well done. It can also teach responsibility, as they become in charge of their own, hard-earned money.

While these were all great and valid points, giving them money in exchange for doing chores indicates that chores are a “job” that can also be optional. As much as I’d like them to be, the tasks that need to be done around the house on a regular basis are not optional. The dog must be fed every day, dishes must be washed, and bathrooms must be cleaned, to name a few. Our children aren’t responsible for paying bills at this point in their life, so a job doesn’t seem necessary.

We also felt it was important for the kids to learn that we do chores as a part of the family – not for any monetary reward, but because we all help each other. We didn’t want to develop a mentality of “Oh well, I don’t want anything bad enough to earn the money I will get for doing my chores, so I won’t do them.” We wanted them to develop hearts of service that see what needs to be done and do it, no matter if anyone was watching or prepared to reward a job well done. As they grow into families of their own, there will be household responsibilities that they may not feel like doing, and they certainly won’t be monetarily rewarded for doing them!

As we talked through it, we decided that for our family, it made the most sense not to tie money to chores. This isn’t to say that anyone who chooses otherwise is wrong, or made a bad decision – it was a personal decision that we deliberated through greatly, and we see the value in both sides. We felt the benefits of having chores to do as a family, simply to help one another, outweighed paying for chores.

Since we still wanted to teach our kids about money and financial responsibility, it was important for us to find a way to do so. We decided to use the idea of an allowance – a certain stipend given at a regular interval – for our kids to manage exclusively.

We explained that God provides for our family in many ways, and one of those ways is through Daddy’s job. As a family, we must be good stewards of what He gives us, and our kids will get a portion of this money to handle since they are members of the family too.

As our main goal was to teach them the concept of money and how to make wise choices, we felt that giving them a (small!) part of each paycheck to be in charge of would be a great way to do so. It kept the lesson simple, solidified their position as a valuable member of the family, and gave us a safe and structured way to help our kids understand how money works and valuable budgeting principles for moving forward.

How Much to Pay

We started giving an allowance to our oldest son when he was five, so we decided that $5 would be a good starting point. We’re learning as we go here – there’s no right or wrong answer. We knew that it needed to be enough for him to buy things that he really wanted with a little saving, but also not too much to make everything within reach financially.

We also have allowance day twice a month – just like Daddy gets paid. We tried to find a balance between waiting too long between allowances and making it a source of frustration, and also understanding that waiting is part of life, and not everything is given to us instantaneously. Giving an allowance every 2 weeks seemed to be the happy medium for us.

What to Do with the Money 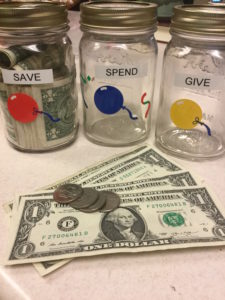 Each allowance day, we let the kids know it’s time and set out their money, and 3 mason jars. After we help them count the money they have been given, we’ve personally decided to encourage giving and saving by allocating a specific portion of their allowance to each. We have a Give Jar, Save Jar, and Spend Jar. Each jar has a specific purpose that we talk about at length the first time.

Each allowance, we ask the kids to set aside 10% in the give jar to give to God. This is a big concept that we tried to introduce on a kid-friendly level, without using words like percent or tithe. We simply explain that God has given us all we have, and one way we can love Him and obey what He’s asked us to do in His word is to give money to the church each time we get money.

We make sure we give allowance with appropriate change for this as well – when it is $5, we give 4 $1 bills and 4 quarters. We go over every time that 4 quarters is equal to $1, and instead of saying we give 10% to God, we just say 50 cents or two quarters.  After we had done the routine several times, and everyone was familiar and comfortable, then I started saying 50 cents or 10% of what we have – I don’t want the concept to be lost, but I also don’t want to overwhelm him!

The next jar is our savings jar. 20% of allowance goes into savings. We don’t tell the kids what they can or cannot spend this money on – it is theirs. We encourage them to save for a big trip or expense. Last fall, we went to Disney World, and our oldest had been saving his money for this very thing. He very carefully weighed his options in the store until he found just the right Gaston Bow and Arrow Set, and then proudly took it and his dollar bills to the counter. Thankfully, the cashier was super nice and made a big fuss over him as she counted out $36 sweaty single bills that he was so proud of.

He had saved a long time for that money, and you could see that in the effort he put into his decision to spend the money. Savings doesn’t always have to be spent on something practical, but the decision to spend it should be carefully considered. He knew how long it took to save up this $36 dollars, and once it was gone, it would take just as long to save it back up again.

The most important thing I’ve seen in teaching my children how to be responsible with money is to allow them to make their own decisions. They are going to make some mistakes, regret some purchases, and get swept up in shiny object syndrome only to have buyer’s remorse. But how much better is it for them to learn these lessons when toys and games are all that is at stake, rather than homes and families?

I can spot a bad purchase from a mile away, so it has been super hard for me to take a backseat and encourage my kids in their own decisions. I’ve watched as they have failed, gotten back up, and made better decisions the next time – learning from their mistakes. It’s a beautiful thing, and life is truly sometimes the very best teacher.

As our kids are still young, I’m sure our lessons on managing money will only grow from here. Introducing these major concepts was our main concern for now, and we will have a great foundation to build on later. My oldest has started to put two and two together, and I’ve seen his heart for others grow as he dreams of ways to share what he has with those who don’t have enough. His latest project was called “Hearts for the Hungry” – he drew hearts to raise money for people who don’t have enough to eat, contributing his own allowance to the cause. As we give them freedom with money, it is amazing to watch them as they are learning to be generous givers from an early age – and that is worth it all to me!

What does your family do? How do you teach your kids about money? Let us know in the comments below! 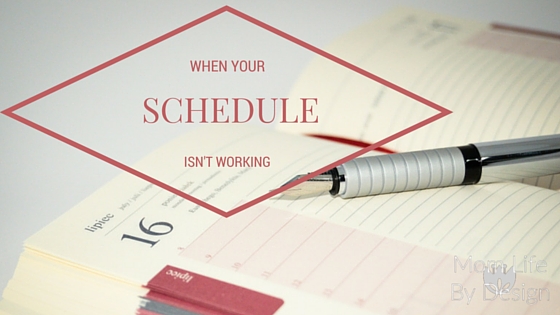 When Your Schedule Is Not Working

Obviously, I’m a big fan of a schedule. Without one, I wander through some days like I’m lost and unsure what to do, and then overload myself trying to do all the things at Read more… 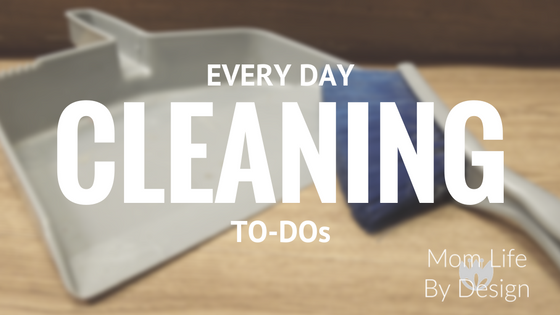 What House Cleaning Should Be Done Daily?

As you’re working through your Perfect Cleaning Schedule printable (You did download it, right?  If not, what are you waiting for?  Grab it here!), one of the hardest things for my cluttered brain to do Read more… 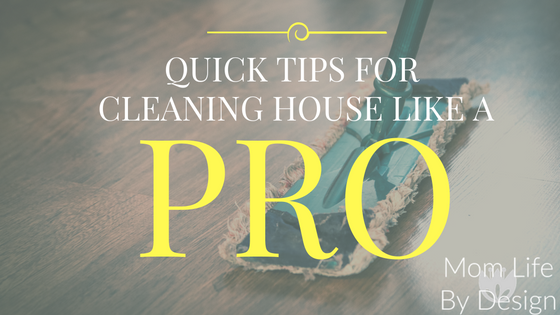 When it comes to cleaning house, getting started is half the battle. It feels like a never-ending job (because, well, it is!), and definitely not one that you enjoy. I’m always on the lookout for Read more…